RMBC are to consult on whether it would be a good idea to introduce a compulsory licensing scheme for landlords in certain parts of Rotherham and Dinnington is one of the areas under consideration.

This would mean private landlords having to register with the Council and would attract a fee, details of the consultation are here.

The idea is to tackle social problems caused in certain areas by certain tenants and to reduce the turnover of private rental properties and create a more stable and cohesive population in certain areas.

The fees would go towards funding new Council posts for officers who would tackle problems and enforce the scheme.

If you are a landlord or tenant make sure you express your opinion on the proposed changes.

From the Council documents:

Dinnington Super Output Areas
The areas highlighted green cover the Super Output Areas which are identified as suffering from low housing demand and have high rates of privately rented accommodation. The map on the following page is the boundary map for the proposed selective licensing area. 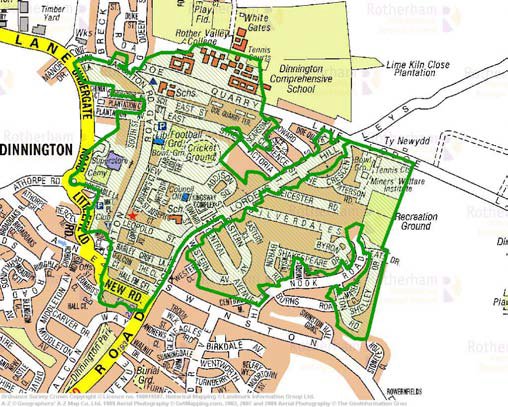