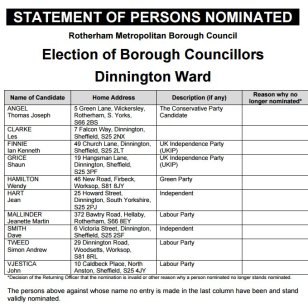 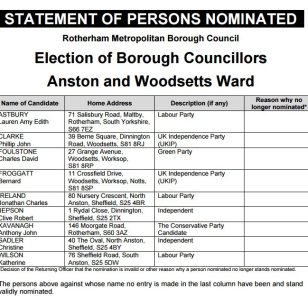 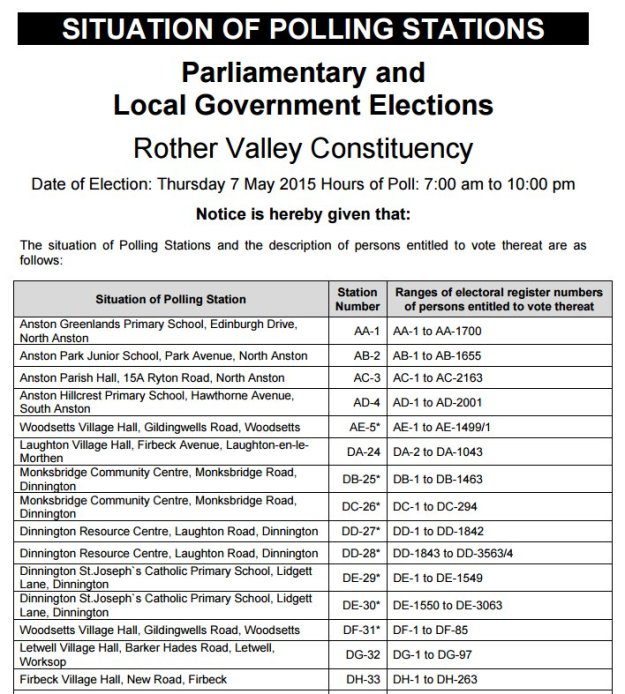 As the dust settles in Dinnington and the wider Rotherham Borough has anyone from the ruling Labour group realised why so many people voted UKIP here?

UKIP is a protest party, an angry party. You vote UKIP when you want to say that you are unhappy in no uncertain terms with the status quo.

Are Rotherham Labour genuinely surprised that people are so unhappy with them?

Was it the fact that they ignored child abuse in the town for years and put those councillors most responsible for this neglect into positions of greater power?

Was it the greenbelt issues where our local councillors did not one useful thing to oppose Rotherham Council building a thousand houses over our countryside? (In Dinnington’s case)

Was it the fact that when they pay themselves 1.1 million pounds a year and then try to save money by closing children’s centres?

The cuts to our library? The closure of the Council service centre?

The answer is probably yes to all of the above, Dinnington gets a raw deal in Rotherham and we are sick of it.

Labour supporters fought a massive negative campaign against UKIP, accusing them at times of being a Nazi or Facist party.

Who allowed uncontrolled immigration and epic abuse of our benefit system? Yep, look in the mirror folks and you’ll see what an oppressive party really looks like.

BUT I didn’t vote UKIP.

In amongst all the excitement did anyone notice the independent candidate running, our tireless local stalwart Dave Smith? Dave took 579 votes and although this wasn’t the thousand and odd the other two got I think it a great achievement for a guy who stands up for Dinnington on his own with no party machine just a few friends and family helping him out. If you don’t like UKIP and want to see change next time consider voting for Dave because if you want someone who will tirelessly fight for Dinnington and not cow tow to a party line he’s your man.

Dave almost certainly took enough votes off Labour to ensure they didn’t escape by the skin of their teeth as Jo Burton and Gerald Smith did in neighbouring wards.

That’s why I didn’t vote UKIP, I voted for Dave.

Purple is UKIP, red is Labour, pink shows Labour seats which UKIP missed by a very small amount of votes.

Just to be clear this indicates the results from the last election only, it doesn’t show the balance of power in Rotherham which is still predominantly Labour. 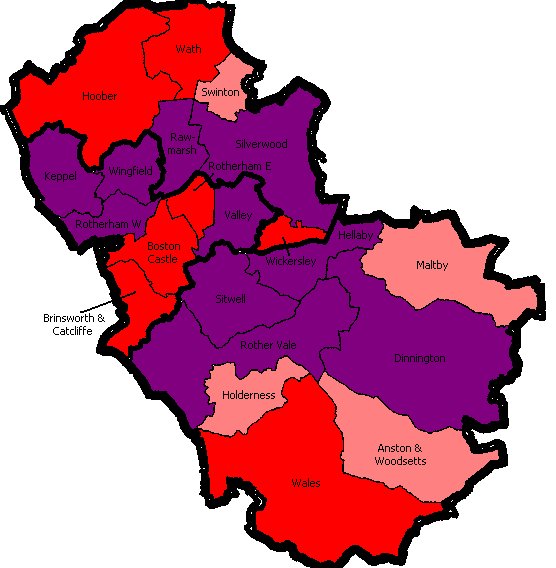 Summary of wards with majority for each:

“Oh God I’m going to have to get a job now!” Quote from last night, defeated Labour councillor. Welcome to our world!

UKIP support increases massively in Rotherham Borough, they took 10 of the 21 seats on the night.

Jo “Baldrick” Burton Hangs on by 31 votes in Anston

Gerald “I want to build on your greenbelt” Smith hangs on by THREE VOTES!

Many other Labour Councillors only just won.

Labour supports brand UKIP a Nazi party, forgetting who started the last couple of wars are we, chaps?